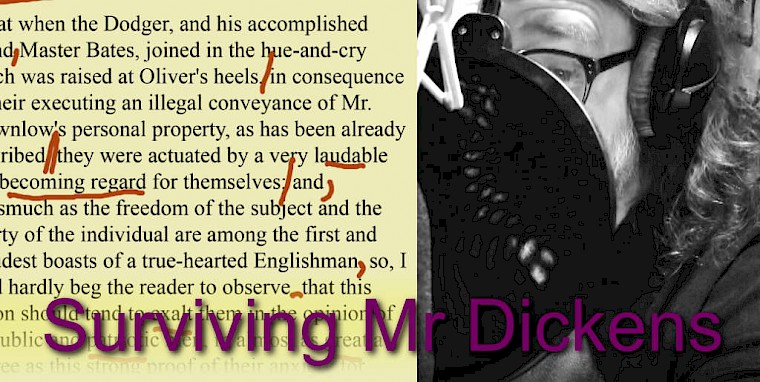 How to read a long paragraph

I am currently recording Oliver Twist. I love working with the words of Dickens. His characters are completely over the top, his writing is sarcastic and meaningful, and his stories are perfect.

But they didn't have professional narrators and studios in the 19th Century, and sometimes his incredibly long sentences floor me.

There really is nothing wrong with a long sentence. I know writing coaches and editors say you should avoid them, but when someone like the great Charles Dickens can use them with so much effect, then what the hell they know?

The advantage of a long sentence is that there is no ambiguity to how the ideas are linked. If everything just runs on from the last thing said, if there was no full stop, then there is no stopping; it belongs in one happy package.

But there are limits to this argument, to be honest, and just occasionally Dickens gets a little carried away. This particular sentence, describing how the Dodger and his friend get away from arrest when Oliver didn't, moves from what happened and why to the justification of the law and the philosopher's opinion on such matters. Look, I am not going to try and decipher this here, so here is me reading it, followed by the actual script should you wish to have a go yourself!

Of course the trick, and the whole point of this exercise, is to mark up your script first. But even here that was a challenge.

Oliver knew not the cause of this sudden exclamation; for, not being strong enough to bear the start it gave him, he fainted away. A weakness on his part, which affords the narrative an opportunity of relieving the reader from suspense, in behalf of the two young pupils of the Merry Old Gentleman; and of recording—

That when the Dodger, and his accomplished friend Master Bates, joined in the hue-and-cry which was raised at Oliver's heels, in consequence of their executing an illegal conveyance of Mr.Brownlow's personal property, as has been already described,  they were actuated by a very laudable and becoming regard for themselves; and forasmuch as the freedom of the subject and the liberty of the individual are among the first and proudest boasts of a true-hearted Englishman, so, I need hardly beg the reader to observe, that this action should tend to exalt them in the opinionof all public and patriotic men, in almost as great a degree as this strong proof of their anxiety for their own preservation and safety goes to corroborate and confirm the little code of laws which certain profound and sound-judging philosophers have laid down as the main-springs of all Nature's deeds and actions: the said philosophers very wisely reducing the good lady's proceedings to matters of maxim and theory: and, by a very neat and pretty compliment to her exalted wisdom and understanding, putting entirely out of sight any considerations of heart, or generous impulse and feeling.

Please feel free to comment - no anger, no bad vibes, no trashing people. Just sit around, enjoy a flagon of beer and mull over the world. You can login with Disqus, Facebook, Twitter or Google.

My Audiobook Template for Cubase

Annie and the Ripper

Where is my Unicorn Story?

You shouldn't use compression to solve your bad voice presentation

The Doomsayer Journeys by Steve Wetherell

Listen to the Dirt Fantasy Saga

Messing around with new gear

Setting up at home to record audiobooks

The Joy of the Wonderful Breath

Audiobooks of the classics by Charles Dickens

A demonstration of editing an audiobook in Cubase 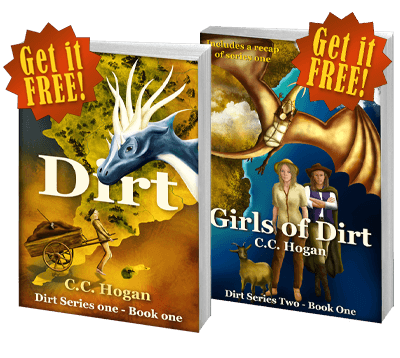